nhow is an international hotel chain belonging to NH Hotels based on a disruptive concept in which each hotel is in itself a unique work of Art, with an architecture and interior design with attention to detail combined with an innovative design based on large-scale murals that give its spaces an atmosphere in which creativity and inspiration flow on every wall.

The nhow Brussels Bloom, formerly NH Brussels Bloom, is located in the lively Botanique district of Brussels. The hotel, which was built in the 1970s, was the most exclusive establishment in Brussels and used to count big stars among its guests. Over the years it has evolved from being the most exceptional hotel in Brussels to a place that exudes art and celebrates creativity.

The theme around which the concept of this nhow hotel revolves is art, and for this reason the hotel’s 305 rooms and suites have been designed and decorated to resemble an art gallery.

As a freelance designer for NH Hotel Group, I designed wallpapers that cover certain areas of the hotel’s 305 rooms and suites.

The pieces created for the wallpapers in the rooms and suites are the splashes of an artist’s paint, creating the atmosphere of an art atelier in each room. For the creation of the splashes, I selected a palette composed of primary colours (cyan, yellow and magenta), as a symbol of the chromatic base from which the metaphorical artist would start. I added purple, a colour representative of the hotel’s brand image.

The visual chaos created by the mixture of stains and splashes becomes a surreal and strange harmony when contemplating the compositions as a whole, compositions that exude passion, strength and movement. 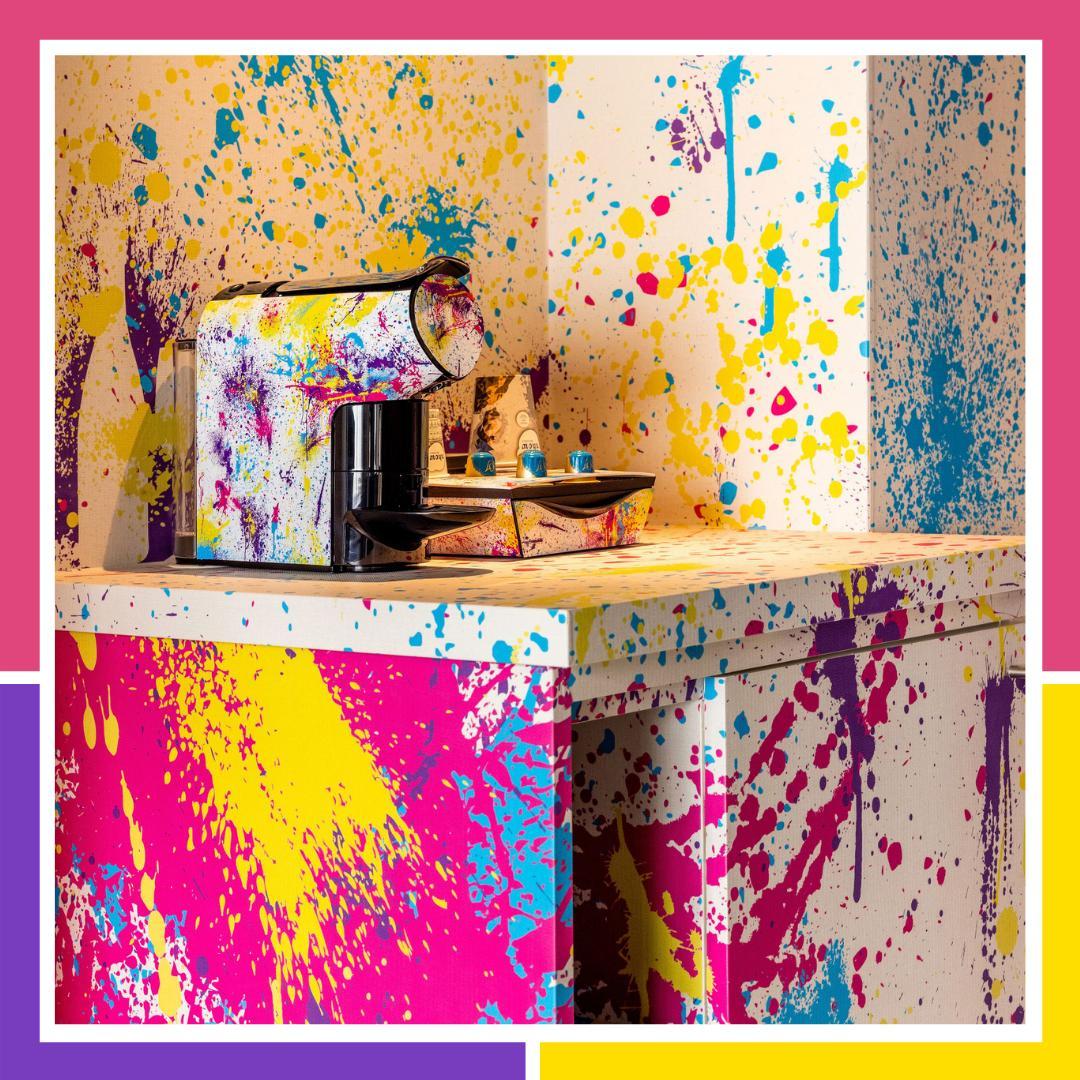 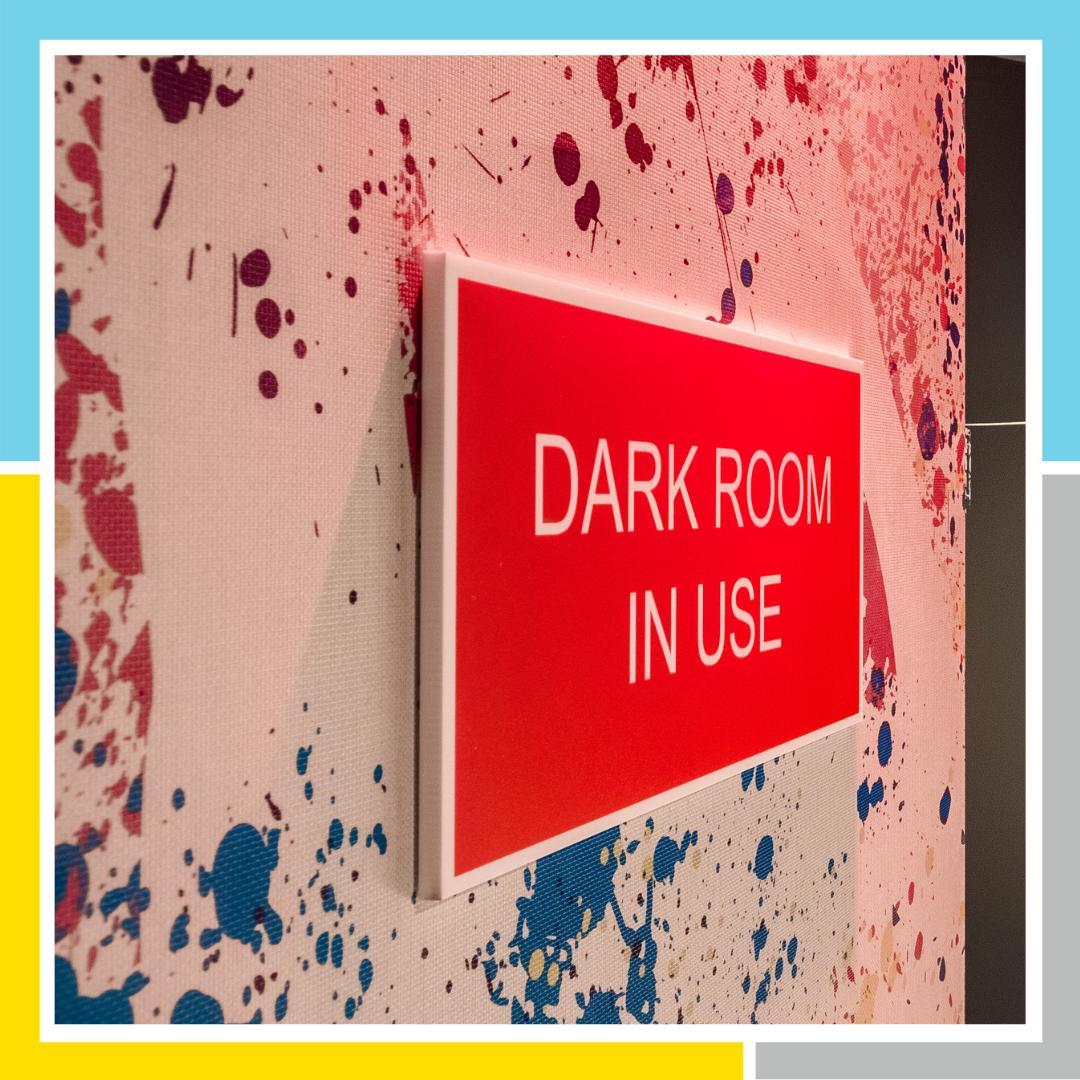 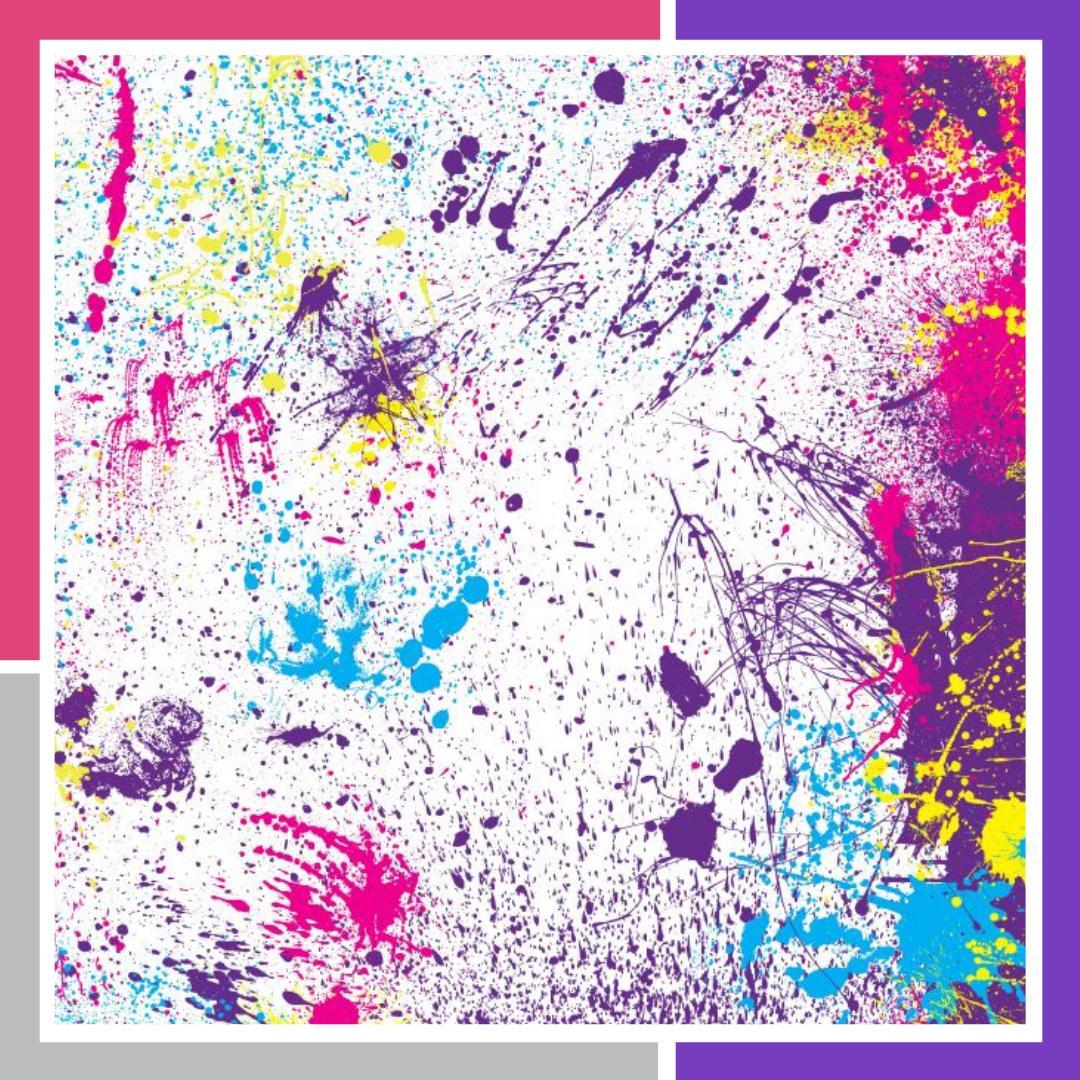 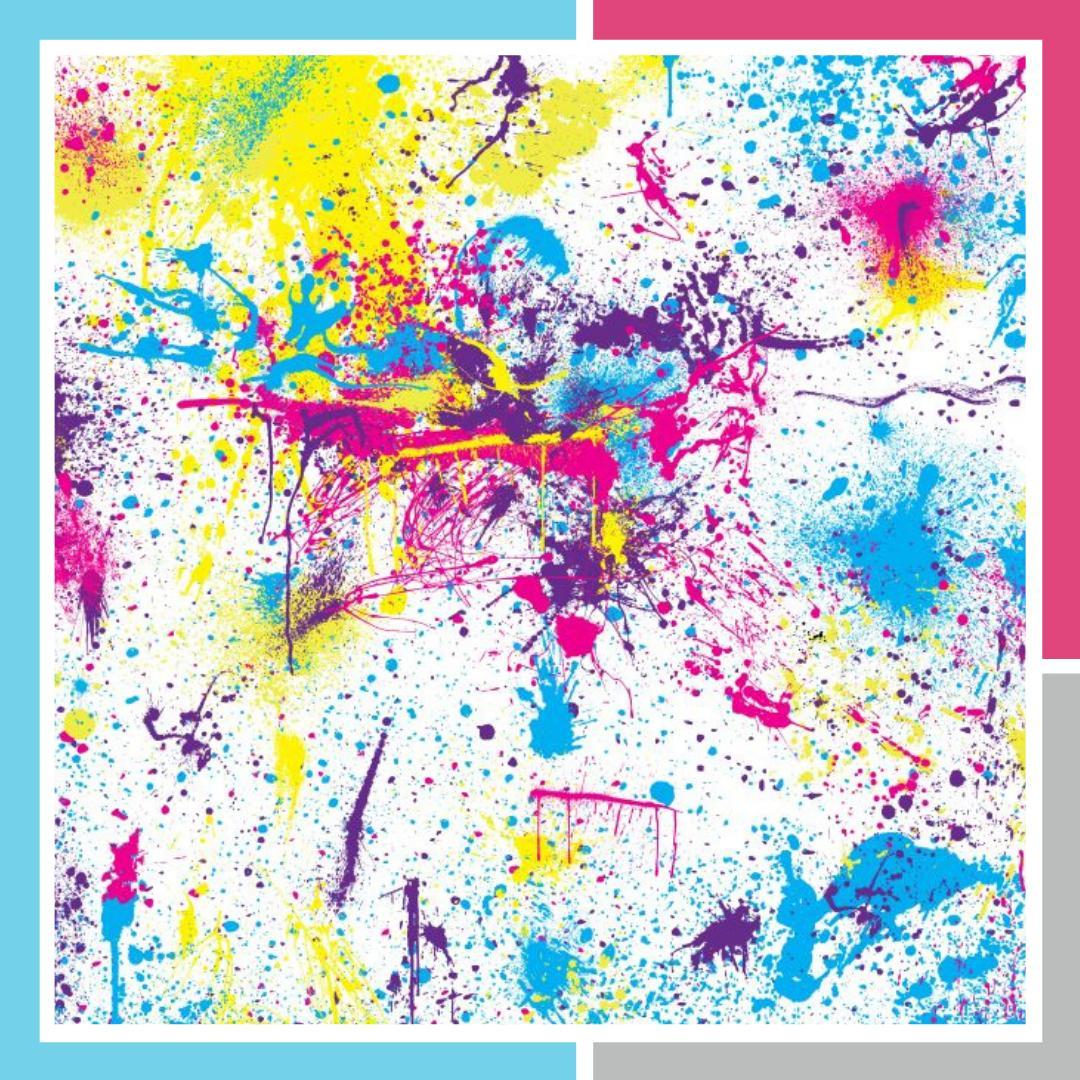 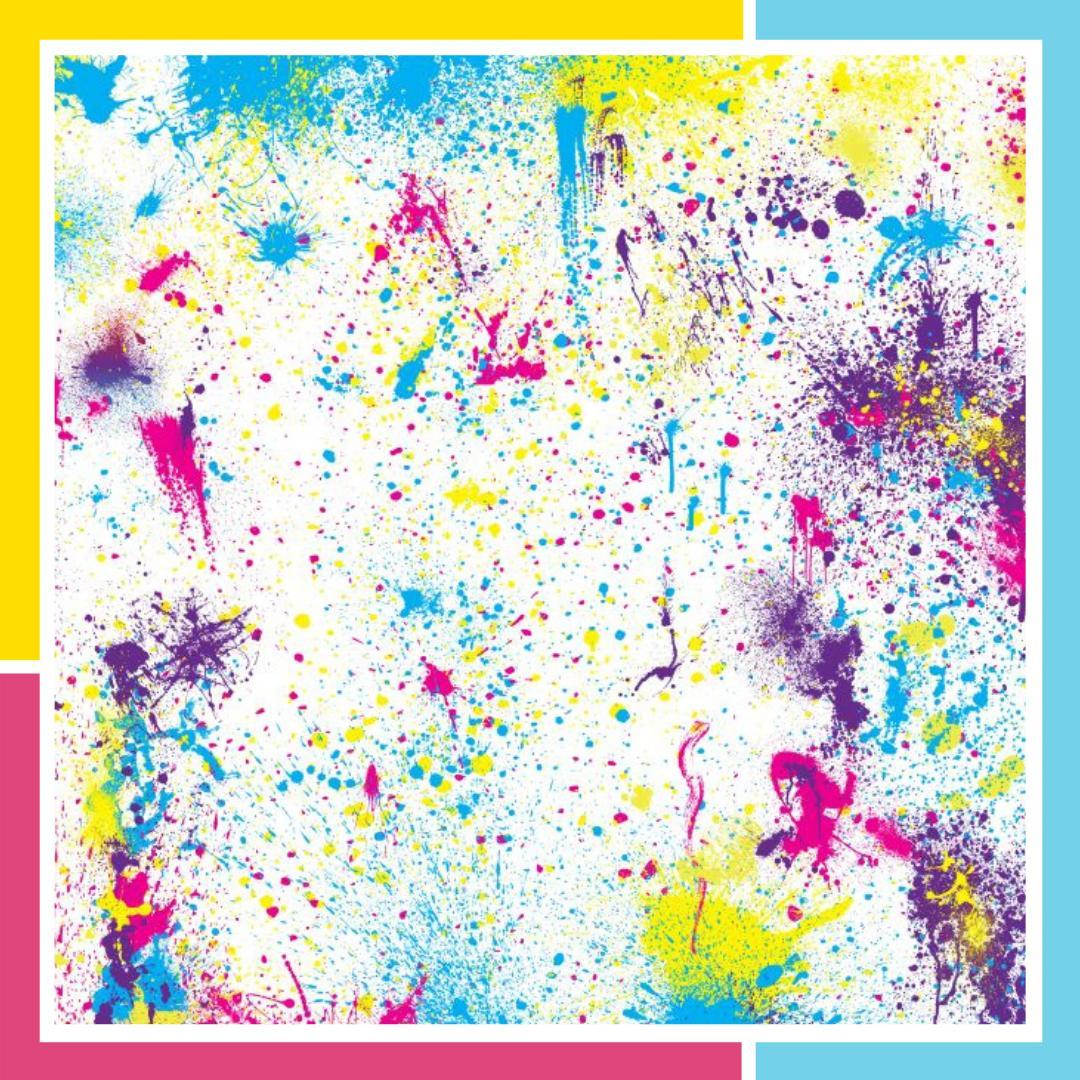 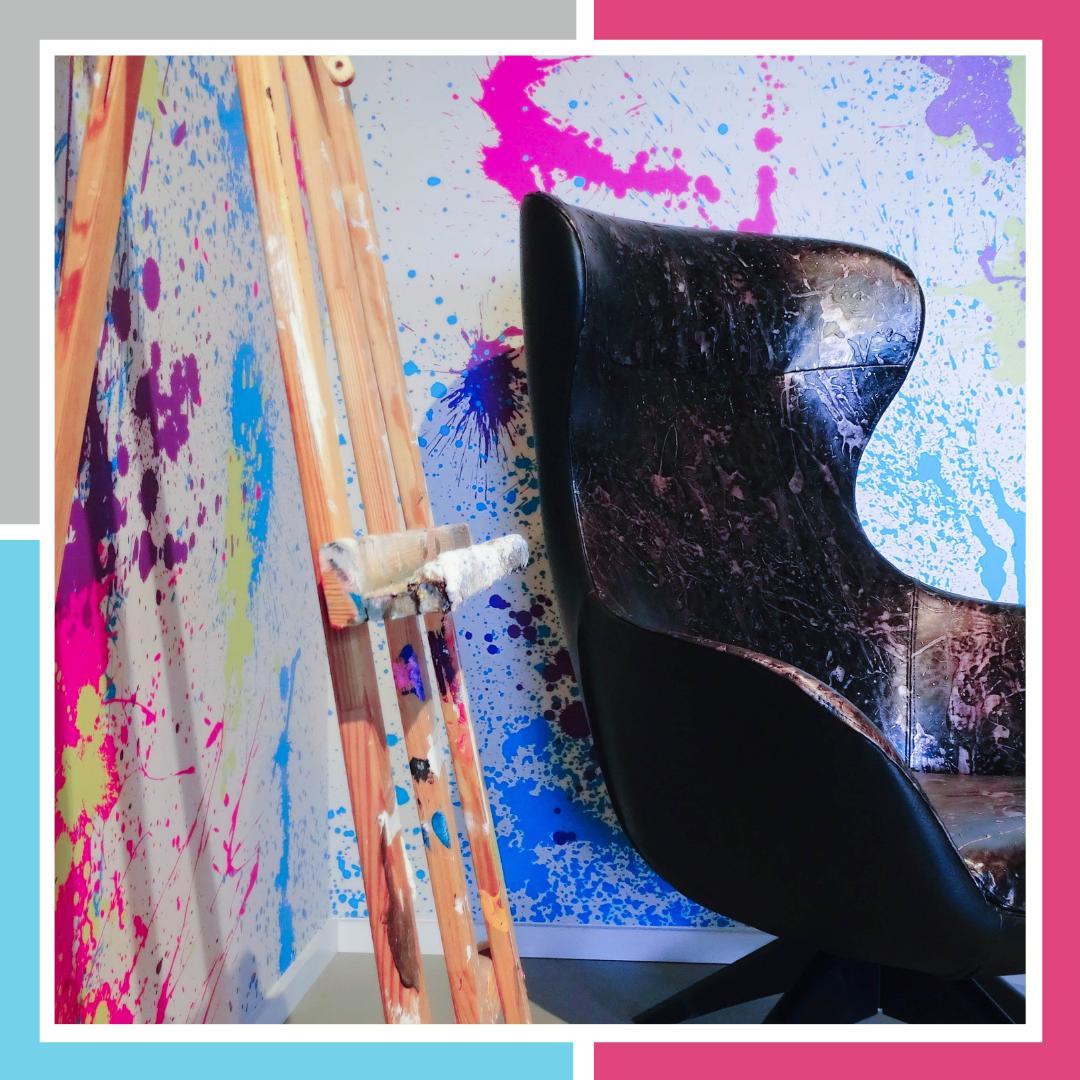 Influencer Enrica Sciarretta at one of the rooms.