Design of infographic “the 20 most influential journalists on Twitter for Spanish politicians” with data based on the Influentweet methodology.

Influentweet is an analysis methodology developed entirely by Burson-Marsteller that is based on the need to better understand the actors with whom their clients’ stakeholders interact.

Influentweet has used its platform to measure the popularity of Spanish journalists based on how relevant they are on Twitter for the main political actors in Spain.

To calculate the popularity indexes, they have analysed the accounts of the main Spanish politicians and institutions and more than 180,000 combinations in order to extract, based on the repetitions, which are the most influential journalists in the political sphere.

Made as freelance designer for the agency Burson Marsteller. 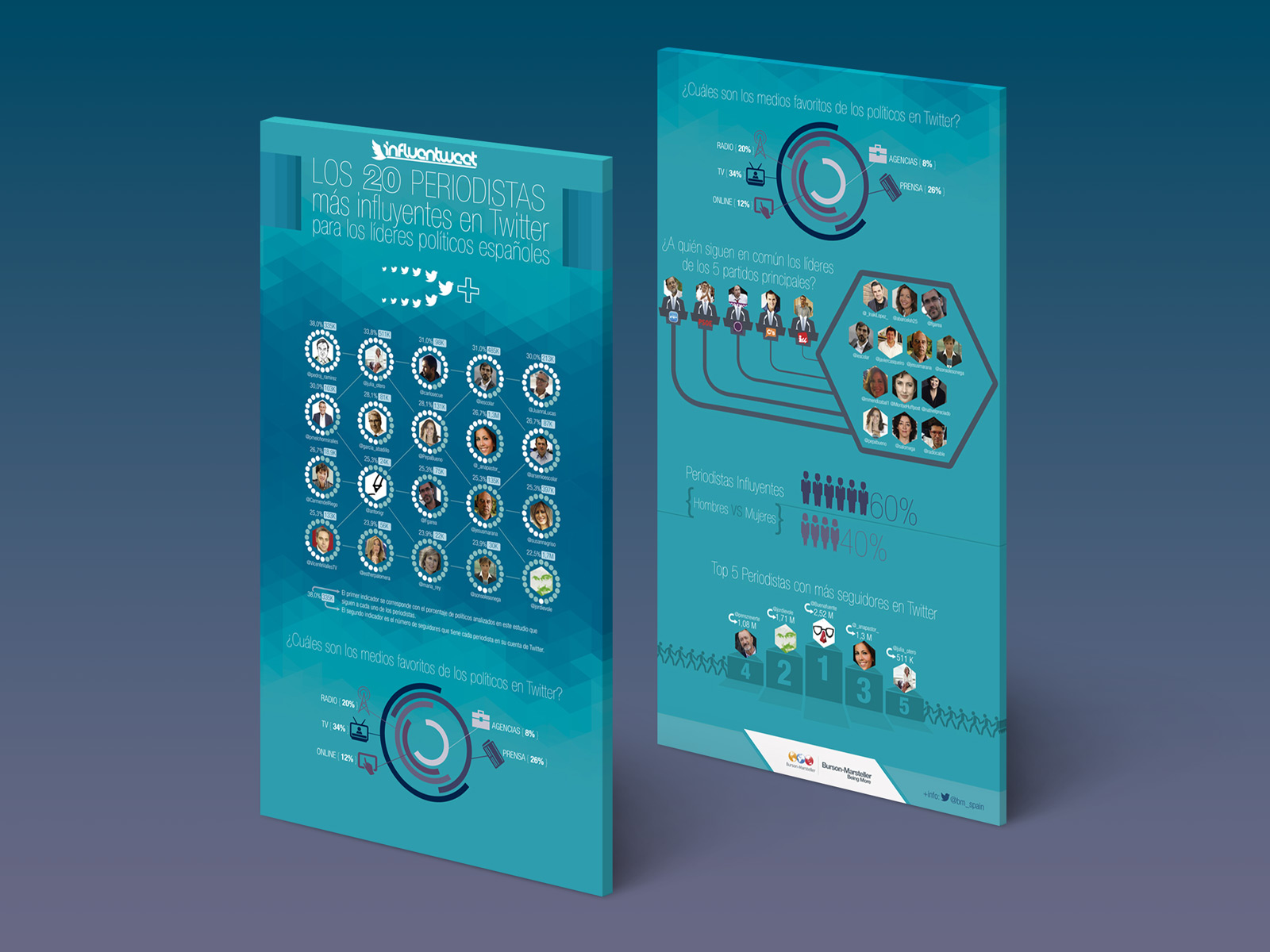 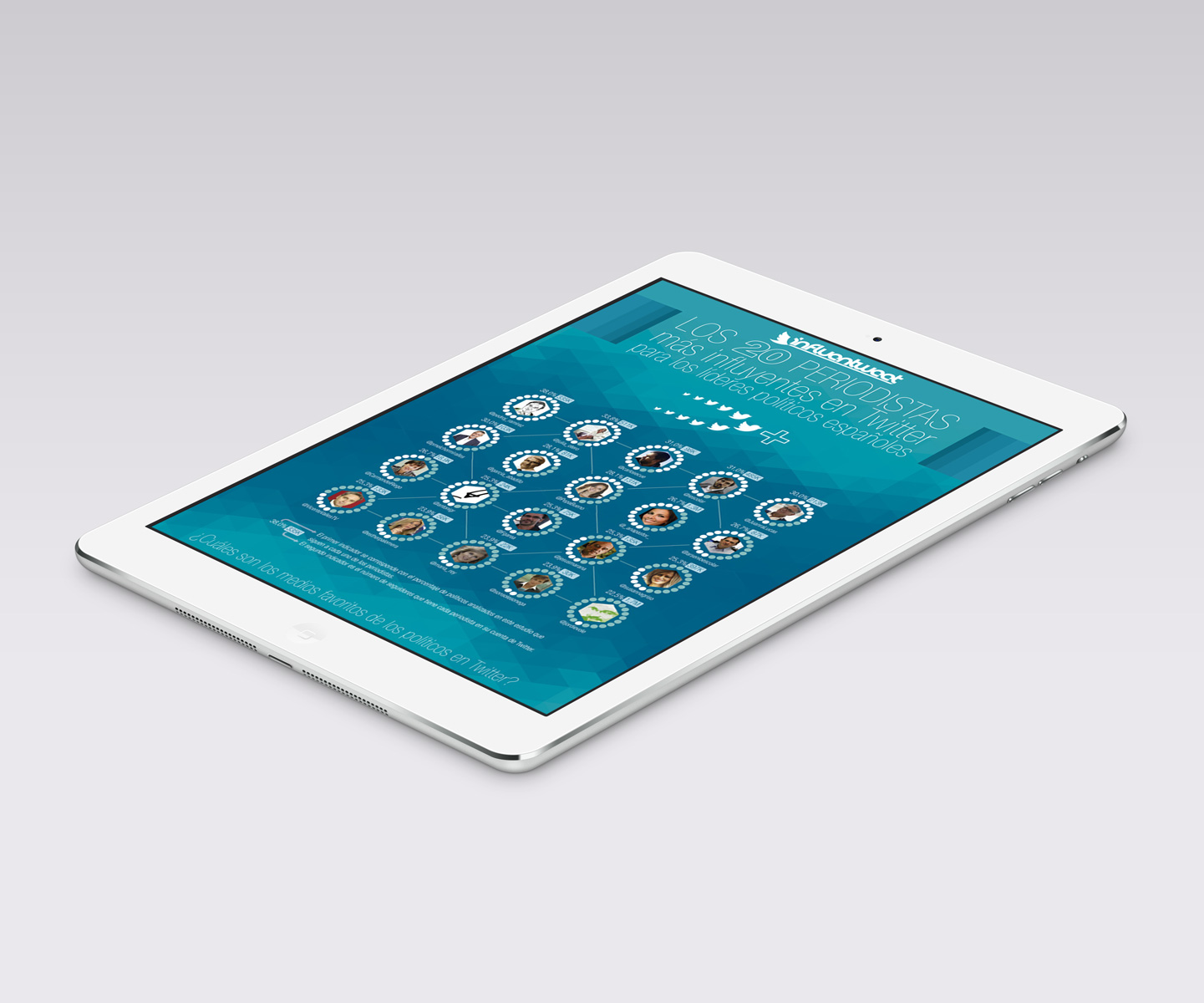 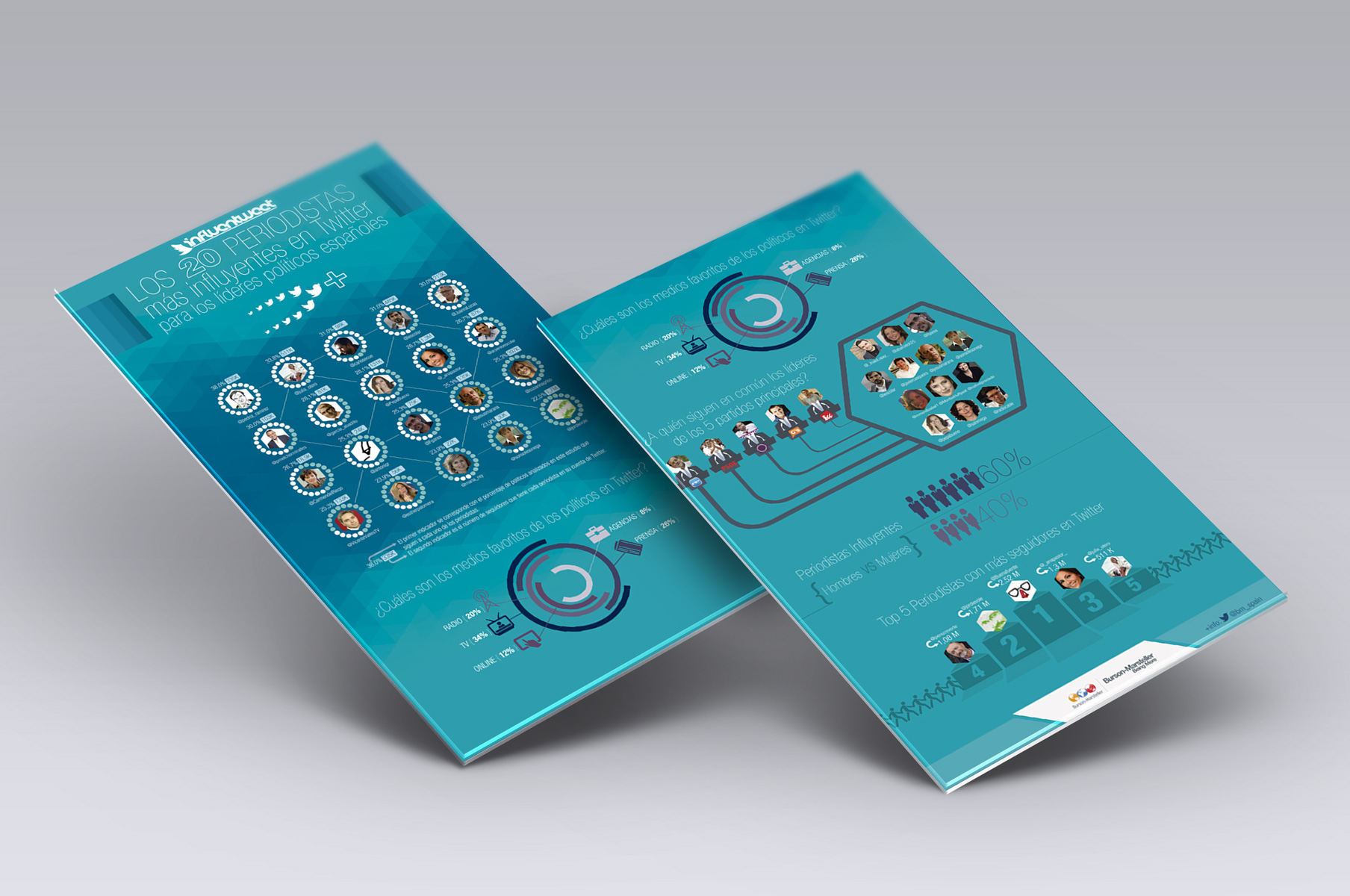